It isn’t the most common issue to find in a glass plant. However for niche markets - where the same bottle or jar is produced in different colors, this becomes something to have in consideration technical wise. The end results will be significantly different and commercial wise has implications when budgeting the costs of a production.

On this article we will show a practical case, where for the same mold design, very different results were achieved in terms of glass distribution. Glass distribution is, without debate, the most important contributor for the integrity of any glass container. The simulations here shown were made using Empakglass’s Forming Software.

Glass color in terms of physical properties directly influences the thermal transmission. This is common sense: we know how sun light crosses more or less along a lighter or darker window.

On a IS machine, the reheating time, which is part of the production process is directly influenced by the thermal conductivity of glass.

The reheating is the period of time between the end of the parison transfer and the start of the final blow. During this time, the parison tends for temperature equalization (reheat) and gravity stretches it. Excessive reheating on the blank mold side allows the parison to sag and on the blow side to run, and the two effects have to be counterbalanced. Stretching and cooling of the parison can be helped by the use of overhead cooling over the blow mold.

The speed of invert affects the glass distribution of the finished bottle: if it is too slow, the parison will sag backward due to gravity; if too fast, the parison is thrown forward by centrifugal force. The speed must be varied to suit the weight, viscosity and shape of parison.

Coming back into the glass physical properties. When comparing a darker glass versus a lighter color glass, the time to equalize the parison temperature will take longer on the first case. Therefore the sag/run effects will be less for the same actual time cycle comes to place.

For this particular case study example, the blank molds were developed for a Empakglass client flint glass. The consistency of the Forming Simulation results was confirmed in the actual bottle production.

When the client decided to use the same mold set with “black” color glass, a visual defect appeared around the heel area. A “wave” shape, with a “cold” appearance and the heel region wasn’t completely formed.

Another defect that was detected were “dropped bottoms”. These did not appear in the flint bottles produced with the same mold set.

This defect is consistent with temperatures higher than the softening point (log 7.65).

Curiously, although this might have two different reasons (cold appearance and dropped bottoms), the root cause is just one – the thermal conductivity of black glass.

By using Empakglass’s Forming Software and simulating in black and comparing with flint, :

This is already showing that the black glass reheat time is too slow when compared with the flint (more difficult to have thermal transmission).

In practice, this means that in “black” when the final blow is applied, the glass is still cold on the outer surface and will not form completely on the blow side.

This confirms as well the practice from Production Staff when it states that with darker colors and the higher the thickness the worse it will be in terms of reheat time.

The excessive glass thickness on the bottom together with the reheat time difference between flint and black is too big (almost double). In black glass we can see a deformation on the bottle heel, that doesn’t appear in flint, already after the bottles entered the annealing lehr.

In black, due to the thermal conductivity, when comparing with flint glass it is required to reduce the bottle bottom thickness to get a faster reheat time on the glass. This can be achieved by developing a different parison design, with higher overcapacity.

By doing so, both the “wave” look appearance on the heel and also the dropped bottoms effect can be solved.

(image above shows the comparison between the glass distribution for flint (in blue), with a blank mould with 25% overcapacity and a 40% overcapacity blank mould for black glass (in black) keeping the same weight)

Therefore this is one of the actual practical cases, where by keeping the same weight and increasing the overcapacity, a lower thickness on the bottom is achieved, in order to solve the issues presented above. 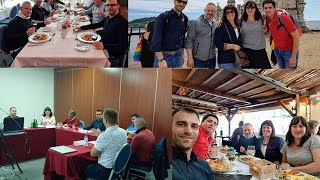 Empakglass wishes all the best for the upcoming 2021!

Supporting the front line against COVID-19 seen in retrospective